Department of Pediatrics, B12 Institute & Treatment Center, Rotterdam, The Netherlands

Maternal vitamin B12 (B12) deficiency has an effect on neurodevelopment in utero and in infancy during exclusive breastfeeding. Maternal B12 deficiency also has an effect on brain development and stomach-mucosa in offspring rats and also can cause depression. Folic acid (FA) intake can masks and also exacerbates or worsen symptoms in B12 deficient patients and the foetus. FA intake during pregnancy is advised to prevent neural tube defects (NTD) in offspring. B12 status is related to NTD independently from folate status. In the Netherlands, for reasons of cost efficiency, FA is prescribed routinely for pregnant women without monitoring B12- or Folate status. Retrospectively we frequently observed in our outpatient clinic, that mothers of symptomatic B12 deficient children were diagnosed with B12 deficiency after giving birth to the child.

Results in 91 responders with B12 deficient children.

B12 deficiency must be ruled out before taking FA in presence of mild, moderate, severe or even no symptoms to avoid possible worsening symptoms in pregnant mothers and unnecessary delay in (cognitive) development in their offspring. The prevalence of B12 deficiency and latest research and findings of possible adverse effects of high FA in the presence of insufficient B12 levels, have serious implications for antenatal supplement recommendations. 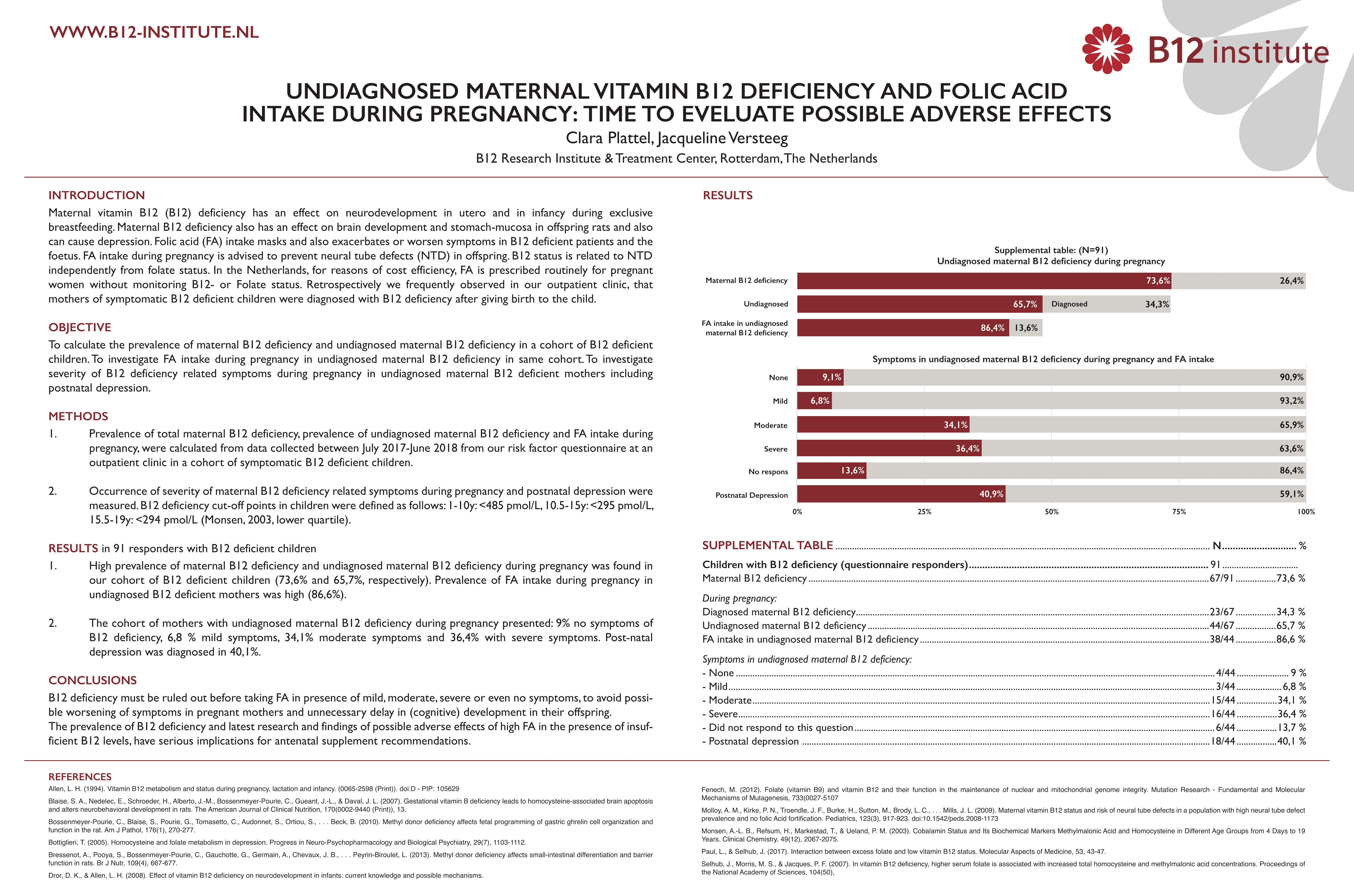