It is a well-known fact that psychological complaints, such as mood swings, mild to serious depressions, psychoses, schizophrenic symptoms and complaints in the bipolar spectrum (Bocchetta et al., 2007; M. J. Lee, Lee, Hwang, & Jung, 2012; Lin, Chen, Yang, & Chen, 2011) may be the result of underlying diseases. A generally established example are the psychological complaints caused by hypothyroidism (e.g. Hashimoto).  It would be good practice for general practitioners to always screen on these deficiencies.

It is less well known that vitamin B12 and folate deficiency, but also metabolic disorders as e.g. MTHFR def./COMT may cause neurological disorders and a wide range of  psychological complaints.

Vitamin B12, together with a.o. folate (B11) and B6, are needed for creating red blood cells and DNA synthesis, e.g.  One of the B12 and folate metabolic processes is the conversion of homocysteine to methionine. Therefore, B12 and folate deficiency may lead to an increase in the homocysteine level.

A large number of the patients with symptomatic B12 deficiency that are seen by B12 Institute have mild to severe psychological problems. B12 Institute categorizes these problems by means of questionnaires and measurement instruments at the start of and (after some weeks) during treatment. Data of this prospective research are analysed. Preliminary results of an earlier trial have shown that before the B12 diagnosis was determined a large number of specialists were seen (13 on average per client). Half of those specialists were psychiatrists or psychologists. Most of those participating in this research experienced a strong improvement of their psychological complaints after treatment with B12 and/or folate; a small number of participants didn’t. We shall do research into the cause of this outcome.

Not only academic literature but also our own experience shows that clinical  symptomatic B12 deficiency complaints can occur when there is a ‘subclinical’ vitamin B12 deficiency (van Asselt et al., 1998), even without anemia. In 60 to 70 percent of  vitamin B12 deficiency cases anemia has not been diagnosed. In 1905 even Langdon wrote about psychological problems in the pre-anemic state  of the disease.

Because of the unacknowledged problems with subclinical B12 and folate values, and as a result of the fact that it is often presumed that B12 deficiency can only occur if there is anemia, misdiagnoses are no exception (Erol, Alehan, & Gümüs, 2007; M. Lee, Chang, Wu, Weng, & Chen, 2005; Lindenbaum et al., 1988; Wickramasinghe, 2006).

In conclusion, our advice is to always test B12 and folate levels with patients  with psychosomatic problems apart from the general TSH tests, possibly adding  homocysteine and MMA. Please note that the interpretation of the outcomes in relation to the clinic must be validated further.

There are some unanswered questions as to the diagnosis and treatment of symptomatic B12 deficiency, folate deficiency, MTHFR (and other variations) and hypothyroidism/ Hashimoto. These are pathologies with a-typical symptoms and a complicated underlying metabolism, causing not only (serious) neurological but also (serious) neuropsychiatric symptoms.

These facts and questions sufficiently justify additional research. Given the serious consequences for patients and the relatively simple treatment of B12 and folate deficiency, and the numerous side effects of medication for psychological complaints, a decent differential diagnosis prior to the suggested treatment for psychological disorders seems appropriate. It is also recommended to regularly check vitamin B12 and folate values during pharmacotherapeutic treatment because of the possible effect of the medication on these levels.

(In 2014 this article was, in a different form, submitted to the group drawing up the new guidelines for diagnosis and treatment of bipolar disorders). 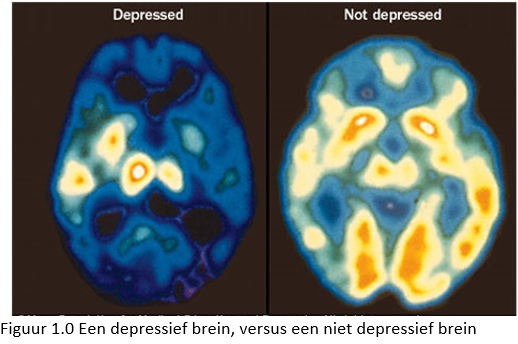